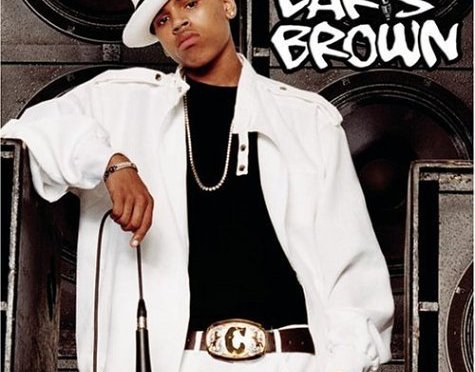 Chris Brown’s new take on his music and career

Between all of Chris Brown’s new tattoos and scandals, there is actually still an artist there. His new album, F.A.M.E, is the most diverse piece of work from Brown to date.

Chris first hit the scene in 2005 with his hit single “Run It” and his first album self titled, Chris Brown. Needless to say he has come a long way from songs like “Yo (Excuse Me Miss),” “Gimme That,” “Say Goodbye,” and “Poppin.” These songs mainly appealed to young girls between the ages of 10 and 17, which was fine because Chris himself was only 16 at the time. Any age group could sing his songs and the most risky song on the Chris Brown album was, “Gimme That”; “Momma you may be 3 years older but you hot (gimme that)/ You be talking like you like what I got (gimme that)/ I know you like it how I lean in the ‘lac/ You could be in the back saying (gimme, gimme, gimme)”

Whatever happened from 2005-2007 surely changed Chris Brown’s attitude towards his career. His second album Exclusive, which dropped in 2007, put Chris Brown at the age of 18. Songs like, “Take You Down,” “Kiss Kiss” and “Wall to Wall” were no longer the sweet love songs that caught the attention and hearts of young girls all over the world. These songs were now appealing to older girls ages 16-20 and they were not leaving anything up to the imagination. The album did not do so well aside from its three hit singles and seemed to incorporate more Pop songs than the R&B music he became famous for.

In 2009 after Chris Brown’s scandal with Rihanna where he was charged for domestic violence, came his third album Graffiti. It was an album that had no substance and was not well-rounded to say the least. This album was filled with a lot of apology songs to Rihanna and other songs that were frankly just not good. Songs like, “Crawl,” “So cold” and “I’ll Go,” were Chris Brown’s way of apologizing for what he did to Rihanna and in short they were quite pathetic. Then there was the song “Lucky Me”, which was Chris Brown’s attempt to get sympathy from the public. He sings, “ I gotta pose for the cameras/ Even when my world’s falling down I still wear a smile/ Lucky me/ Even though I’m so damaged/ I gotta pick myself up and perform for the crowd/ Lucky me/ Pray none of my loved ones wanna be stars/ Cause nobody said it’d be so hard/ Wouldn’t put this on no one else/ Yeah, Lucky me.” It would seem that this was the downfall of Chris’s career.

To change the direction of his somewhat failing career, Chris Brown signed with Lil Wayne’s Young Money crew and the change became noticeable in his music. Chris Brown was back with a vengeance releasing his first mixtape, In My Zone. He held nothing back and for the first time had a parental discretion label due to the before mentioned suggestive title. Months later there was the release of his second mixtape, Fan of a Fan, a collaboration with Tyga. This was Chris telling the world that he can rap and that he can keep up with stars such as Young Money. In My Zone was Chris’s way of expressing how he has matured into adulthood. With his two mixtapes, and singles such as, “No BS,” “Deuces,” and “Ain’t Thinkin’ ‘Bout You,” Chris helped popularize the playing of mixtape songs on the radio. However Chris Brown’s In My Zone mixtape was so provocative that only one single released and even the video for that song has a parental advisory before you can view it. Obviously Chris was trying to make a statement with this CD.

Today Chris has worked with producers such as Benni Benassi, DJ Frank E, Diplo, and Kevin McCall to put together one of the most well-rounded albums from the artist yet. It’s as if Chris has combined his 3 albums and 2 mixtapes into one coherent piece of work. F.A.M.E which was released on March 18, 2011, stands for Forgiving All My Enemies and Fans Are My Everything. The album debuted at number one on the US Billboard 200 Chart, and sold over 270,000 copies the first week. He already has 4 hit singles from the album which include, “Deuces,” “No BS,” “Yeah 3x,” and “Look At Me Now,” featuring Busta Rhymes and Lil Wayne. Songs, “Up To You,” “All Back,” and “I Should’ve Kissed You,” are a representation of the slow and sweet love songs from his first album Chris Brown. Then he has his pop songs, “Say It With Me,” “Yeah 3x” and “Oh My Love,” which represent his second album Exclusive. They make you want to get up and dance or at least bob your head. Graffiti is represented by the songs, “She Ain’t You,” which has a Michael Jackson sample and Beautiful People which gives a different outlook on life. “Deuces” and “Look at Me Now,” are reflections of the mixtape Fan of a Fan and, “No BS,” comes from the In My Zone mixtape. Overall Chris Brown’s music has been a reflection of his career and it will be interesting to see what he does next.